Java is an object-oriented language similar to C++, but simplified to eliminate language features that cause common programming errors. Java source code files (files with a .java extension) are compiled into a format called bytecode (file s with a .class extension), which can then be executed by a Java interpreter. Compiled Java code can run on most computers because Java interpreters and runtime environments, known as Java Virtual Machines (VMs), exist for most operating systems, including UNIX, the MacintoshOS, and Windows. Bytecode can also be converted directly into machine language instructions by a just-in-time compiler (JIT). In 2007, most Java technologies were released under the GNU General Public License.

Java on the Web

Java is a general purpose programming language with a number of features that make the language well suited for use on the World Wide Web. Small Java applications are called Java applets and can bedownloaded from a Web server and run on your computer by a Java-compatible Web browser.

Applications and websites using Java will not work unless Java is installed on your device. When you download Java, the software contains the  Java Runtime Environment (JRE) which is needed to run in a Web browser. A component of the JRE, the Java Plug-in software allows Java applets to run inside various browsers.

Java is a high-level programming language developed by Sun Microsystems. It was originally designed for developing programs for set-top boxes and handheld devices, but later became a popular choice for creating web applications.

Advantages and Disatvantages of Java

Java give an advantages to developers: 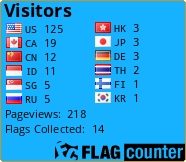